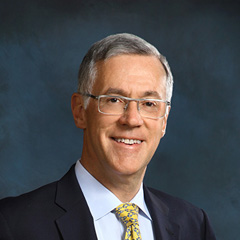 Mr. Ingriselli is a seasoned leader and entrepreneur with over 40 years of experience in the energy industry with a wide-ranging exploration and production experience in diverse geographies, business climates and political environments. From 1979 to 2001, Mr. Ingriselli worked at Texaco in diverse senior executive positions, including President of Texaco International Operations, where he directed Texaco’s global initiatives in exploration and development. While at Texaco, Mr. Ingriselli, among other activities, led Texaco’s initiatives in exploration and development in China, Russia, Australia, India, Venezuela and many other countries. From 2005 to 2018, Mr. Ingriselli was the founder, President, CEO and Chairman of PEDEVCO Corp. and Pacific Asia Petroleum, Inc., both energy companies which are or were listed on NYSE American. Mr. Ingriselli is a member of the Board of Directors of DataSight Corporation and NXT Energy Solutions Inc. (TSX:SFD; OTC QB:NSFDF) and is also on the Board of Trustees of the Eurasia Foundation, and is the founder and Chairman of Brightening Lives Foundation, Inc., a charitable public foundation. Mr. Ingriselli graduated from Boston University in 1975 with a B.S. in business administration. He also earned an M.B.A. from New York University in both finance and international finance in 1977 and a J.D. from Fordham University School of Law in 1979. Mr. Ingriselli has served as our President since 2019. 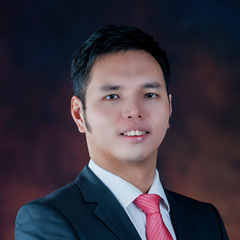 Dr. Jusuf is a co-founder and founding Chairman of the board of directors of Indonesia Energy Corporation Limited and has been leading our Company since 2014. Dr. Jusuf also serves as the Director of Maderic Holding Limited, a private investment firm and our majority shareholder. Dr. Jusuf earned his Masters in Public Health at the Gajah Mada University-Jogjakarta in Central Java, Indonesia, and his medical degree at the University of Tarumanegara in Jakarta, Indonesia. Dr. Jusuf has strong qualifications in business development, government relations and strategic planning. 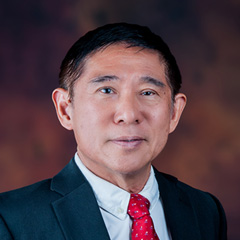 Dr. Wu has served as our Chief Operating Officer since 2018. Dr. Wu is a highly qualified and recognized oil and gas industry veteran with over 40 years of experience. In his successful career, Dr. Wu worked in a variety of roles internationally with ARCO (Atlantic Richfield Company, now recognized as BP Plc), holding the positions of Geological Specialist, New Venture Geologist and Exploration Coordinator for ARCO in Indonesia. During his time in ARCO, Dr. Wu earned ARCO’s “Exploration Excellence Award” on the Vice-President Level for providing training to worldwide staff in geohistory and basin modelling with subsequent exploration successes while he was in Plano, Texas. Dr. Wu completed his Postgraduate Diploma in Business Administration at DeMontfort University in 2000 and earned his Ph.D. in Geosciences in 1991 at the University of Texas. He also completed his Masters of Science in Geology at the University of Toledo in 1979. Prior to his graduate studies, Dr. Wu earned his Bachelors of Science degree in Geology at National Taiwan University in 1975. Dr. Wu has also served as Adjunct Professor at the University of Texas at Dallas and University of Indonesia where he has taught 8 regular and industrial courses. Dr. Wu has been responsible for building and leading the upstream exploration and production teams for 3 independent oil and gas companies in Indonesia over the last 15 years, having operated 7 different oil blocks in the country. His outstanding achievements ensure he is highly qualified to implement our Company’s growth strategy plan. 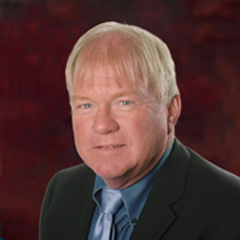 Mr. Overholtzer is an experienced Chief Financial Officer with a strong background in publicly traded corporations in the oil and gas industry. He has served as the CFO of PEDEVCO Corp, a Houston-headquartered oil and gas company that is listed in the NYSE America. The executive, who earned his MBA and Bachelor of Arts degrees from the University of California, Berkeley in the United States.He also has a long list of senior positions – as the CFO, Corporate Controller and Senior Director – in a number of companies engaged in various sectors, including energy-related, high-tech and bio-tech industries. He has served as our CFO since 2019. 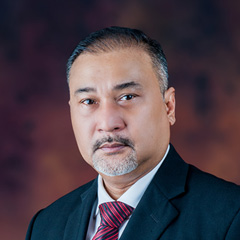 Mirza F. Said has served as Chief Business Development Officer and Director of our Company since 2018 and has served as Chief Executive Officer of our subsidiary PT. Green World Nusantara since 2014. Prior to joining our Company, Mr. Said was the President Director of Pt. Humpuss Patragas, a subsidiary of an Indonesia integrated energy business that had operations in the upstream, transportation and refining industry. Mr. Said has built his professional career in a diverse range of roles pertaining to drilling and operations since 1991. He has held several senior positions in several companies, including BP Indonesia, from 2001 to 2004, during which time, as a result of his achievements, he was awarded the “Spot Recognition Award of Significant Contribution in Managing & Placing”. Mr. Said earned his Master of Engineering Management at the Curtin University of Technology in Perth, Australia, and had completed his Bachelor’s degree in Engineering at the Chemical Engineering Institute Technology of Indonesia. Mr. Said holds professional memberships with the Indonesian Petroleum Association (IPA) and Society of Indonesian Petroleum Engineers (IATMI). Mr. Said is qualified to serve in his positions with our Company as a result of his professional experience in drilling, operations and business development. 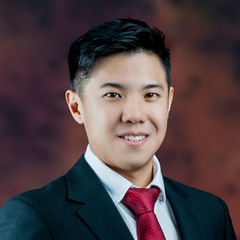 James J. Huang is a co-founder, Chief Investment Officer and Director of our Company since inception. Mr. Huang holds the Chartered Financial Analyst® (CFA) designation and maintains an Attorney at Law professional license from the Brazilian Bar Association (OAB/SP). Mr. Huang earned his Bachelor’s degree in law at the Escola de Direito de São Paulo in Brazil at Fundação Getúlio Vargas and previously participated at a Double Degree Business Management Program at the Escola de Administração de Empresas de São Paulo also at Fundação Getúlio Vargas. Mr. Huang is qualified to serve in his positions due to his expertise in finance, law and business management.

You can opt out at any time. We do not share or sell your info.